Dr. Shivalisapaul (Streitfeld) is a rigorously trained metaphysician and media philosopher who has been guiding other creatives on her spiritual journey for over thirty years. Her father, a leader of the Human Potential Movement and pioneer of Kundalini research as disciple of Swami Muktananda, taught her the principles of creative transformation when she was a college student at University of Southern California. After a Kundalini awakening took place in 1983 over her father’s coffin in a San Francisco temple, her life was turned upside-down for a decade in which she transformed from a financial newspaper reporter into a literary artist inventing new forms of multidimensional narrative comprising the twin flame journey.

Embracing the paradox of being anointed by the powerful healer Sister Denise over her father’s coffin catalyzed her gender-bending twin flame journey guided by Chiron, the Wounded Healer. After creating her own system of shamanic co-creation through her innovating of spiritual techniques sourced in the Native American, Jungian and Zen traditions, she embarked on a global mystical journey, performing healings along the way.

In 2019, she found her public persona as a Quora authority on the twin flame phenomenon sweeping the Internet.  Her knowledge of this 21st connection is derived from a personal twin flame journey transformed into a New Media Gesamtkunstwerk (2007-2018) created while directing her professional curation and art criticism into disclosing the new art forms sourced in the 21st century icon of the Hieros Gamos.

Dr. Streitfeld’s extensive archeology of the ancient and future icon of the Hieros Gamos has resulted in her own tower of literature connecting Heaven & Earth (The Literary Journey), placed in the marketplace in January 2019, after inaugurating the Hieros Gamos Journal as an online repository for human expression sourced in the 21st century icons. 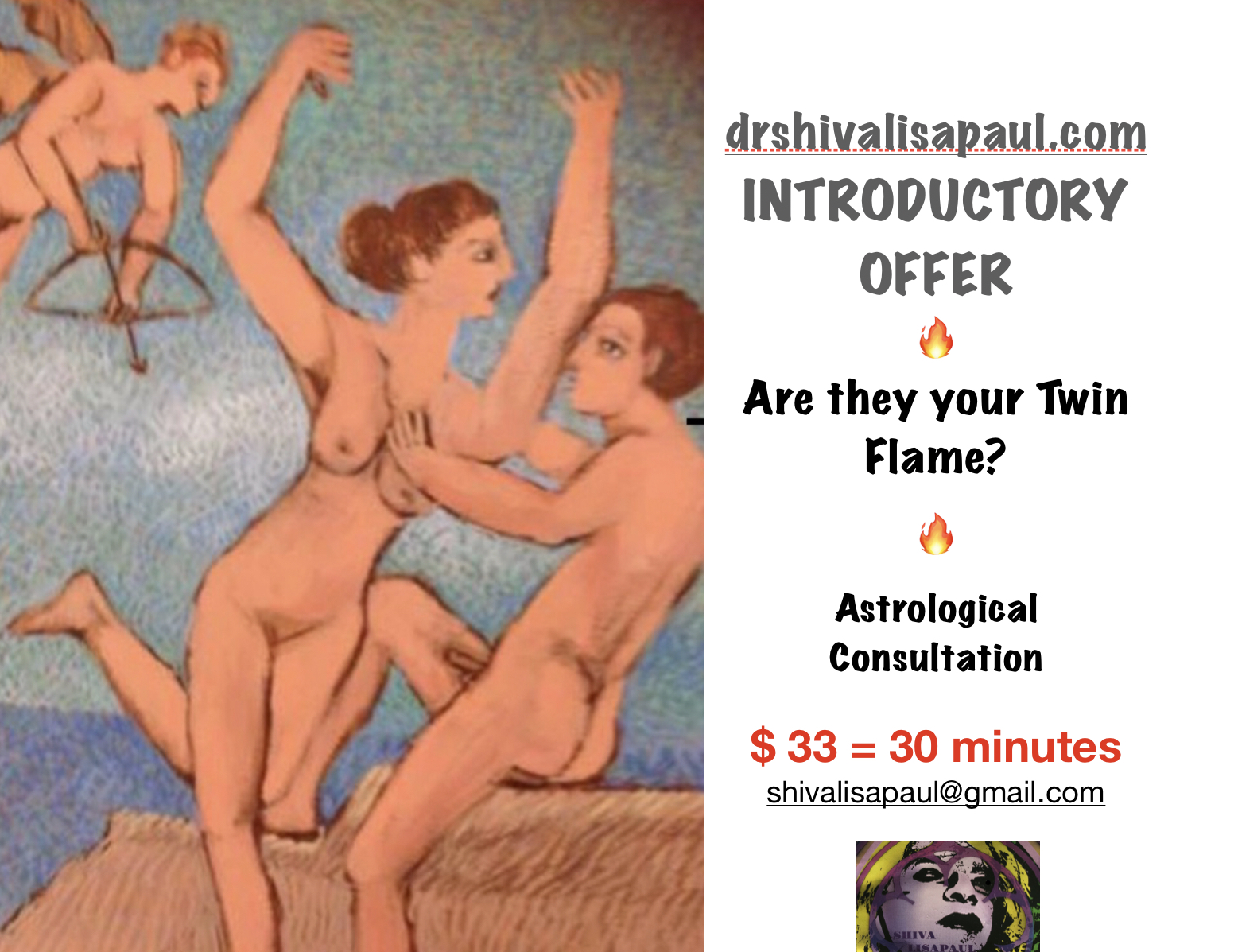 There are two approaches: 1. Composite reading of the TF Union requires birth times of both partners 2. Synastry reading of the karmic patterns in relationship and TF analysis

“Thank you Lisa! It was an honour to hear insights from you and to experience that reading…very exciting to get all of this information! I will absolutely integrate what I’ve learned into all of my relationships moving forward!!!

This is a #hieroshiva multimedia project.

This blog is the culmination of a 30-year journey to Twin Flame Union following a 1983 Kundalini Awakening.

It is finally here!!!
2020 — Year of the Twin Swan! This Means — Take Back Your Projections!
I heard a wonderful story at a Winter Solstice Ceremony tonight about a female Reindeer bringing the New Sun on the longest night of the year. So here she is! A very Happy Winter Solstice to all!
#QuantumLife #Montreal. I just finished signing off on my article page #22 in issue #33 “Real. # Reality and was so taken with the rare Montreal Sun that I decided to have a rare toke, and I opened the tube and ...Bliss before I lit up.. the perfect #hierosgamos #ahamoment #Mobiusstrip
%d bloggers like this: